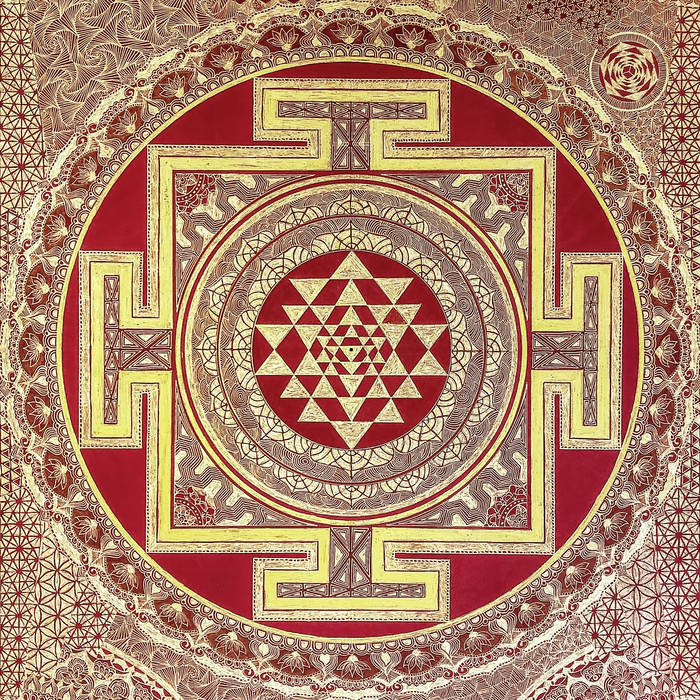 teigh-anne what a beautiful gift you were given, and you certainly added some magic. x lovely sound, very healing. x I shall be using your music to meditate to. x x x x our paths will cross again I am certain. x

After recording my first album 'The Rhythm of Hang’, I travelled to Sri Lanka where I began playing live music for yoga & meditation classes. Sadly my original Bali Steel drum was split in half during the flight over to Sri Lanka, and even though I managed to glue it back together the original sound of the instrument was forever lost. I was still able to play the instrument but it was a challenge to say the least.

During my 4 month stay I was blessed with the opportunity to play regular one hour sessions of music to accompany yoga classes at a place called Camp Poe. I discovered that this is the perfect place for me to perform as the yoga environment gives me the chance to do what I love without any of the pressure of being in the spotlight. The balance works perfectly for my style as the yogi's focus their attention inwards allowing me to also do the same entering a deep meditative state of concentration knowing that I am free to explore my own practice, becoming fully relaxed and immersed in the moment. In this state I can really find my flow and tap into the divine source of infinite creation. The one hour sessions gave me the opportunity to explore the handpan in more depth which allowed me to develop my own unique style and also work on new techniques further progressing the limits of my playing ability. By the time I left Sri Lanka I had plenty of experience under my belt, ready for the next step in the journey...

After returning home from Sri Lanka I used an inheritance to buy myself a new handpan from a UK maker called Zephyr. This was an absolute game changer for me as the new handpan was made to a much higher standard than my previous one, opening up lots of new musical possibilities to explore. I spent the next 9 months in the UK practicing and developing ‘Coloured Sound’.

My plan was to go back to Sri Lanka for another 3 month season however I was slightly worried about travelling with my new handpan in case it might get damaged during the flight... At this point I was doing a lot of yoga and so I began to pray at the end of each practice, asking the universe to provide me with a new handpan which would be suitable to take on my travels.

This is where it get's weird...

I was lucky enough to win a ticket for the Hangout Festival UK 2017.
This festival opened my eyes to a whole new community of handpan lovers, which completely changed my life. It made me realise that I had only just started my journey, which humbled me greatly. I met many amazing makers and players of the instrument which inspired me a lot, but also pointed me in the right direction by showing me that I still had a lot to learn if I really wanted to become a professional handpan player. This was exactly the inspiration and motivation I needed to keep on growing. On the final night of the festival there was a raffle... I didn't have a lot of money with me so I was only able to buy one strip of tickets. The main prize in the raffle was a handpan which also came with it's own hardcase, strangely enough perfect for travelling... and believe it or not, I won it!!!

I couldn't quite believe my luck, until I realised that I had literally just received exactly what I had asked for in my prayers.
Pretty crazy right?

It was at this point that I realised that I am now on a path which is bigger than me, and that I am destined to help people with music. This is the second time I have been gifted a handpan at the perfect timing, and for me it completely confirmed that I am moving in the right direction. I decided to take another leap of faith and so I booked a flight back to Sri Lanka and began saving up for my next trip...

I left for Sri Lanka in January 2018 with my new handpan ready for the next adventure. I made no arrangements for accommodation and had no where planned to work. The only thing I knew was that my intention was to surf, chill with friends and spread positive vibrations with the handpan. After winning the raffle I was very confident that everything was meant to be and so I had complete faith that everything would work out exactly as it should.

From the moment I arrived I can thankfully say that everything fell perfectly into place. :) I quickly settled back into the Sri Lankan way of life and began working as a freelance musician providing live music for yoga and meditation classes. I was given many opportunities to play music for different styles of yoga & collaborate with many different teachers. I also had the chance to play loads of gigs with some very talented musicians along the way. I spent a lot of time teaching others how to drum, and also helped to run a weekly drum circle at camp poe. All of this experience helped me to build my confidence and by the end of the trip I was even running my own ‘Coloured Sound’ healing sessions!

In the space of 3 months I met so many beautiful people, and I was blessed with lots of opportunities to perform live, playing for hundreds of people including travellers in yoga classes but also for the local people on the streets and at local festivals. The love and support I received was truly overwhelming as my life long dream of becoming a professional musician became a reality.

I was tempted to miss my flight home and just stay in Sri Lanka however I decided that I wanted to come back to the UK so that I could record a new album. My music has developed a lot since I recorded my first album and so I felt like it was time to checkpoint where I'm currently at on my journey. I came home and invested the last of my money into buying some new microphones. I then spent a month practicing and developing all of the new songs on the album. My aim was to record each track live in one take so that the album would truly represent my current standard of playing. I feel like 'Sacred Vibrations' perfectly sums up where I'm at right now and I couldn't be happier to share my latest musical project with you all.

I would recommend listening to the album it at the end of a hard day, laid down relaxing with headphones. Either that, or as a soundtrack for yoga & meditation. The album was made to help people relax :) Please feel free to share this music with friends and family so that it can reach as many people as possible!

This album is offered to you on a donation basis, which means you can download it for free. However, If you enjoy my work and you are in a position to do so then I would like to kindly invite you to contribute and support me on my journey by donating whatever you can afford. Your support is very important to me as it ultimately allows me to continue following my dreams and focus all of my energy on creating new music. As an independent artist this really does help me a lot, so thank you in advance!

If you would like to buy a physical copy of the album, I am also selling picture disc hard copies of the CD for £10 (+ shipping)

I feel so blessed to be be on this path and I'm very excited about the future. Thanks to everyone for all of your love and support, it really does mean the world to me! I hope you enjoy the album, and hopefully I will see you at a festival in the UK over the summer or maybe even in Sri Lanka next season :D

Until then, I send you all my love

All tracks written, recorded and performed live by Joe Jordan

Created by Joe Jordan, Coloured Sound is a fusion of Music Art and Visuals to create musical experiences.
Coloured Sound is a platform for creativity and self expression with the intention to help the world with positive vibrations. Sending Love and Blessings to All ... more

Bandcamp Daily  your guide to the world of Bandcamp